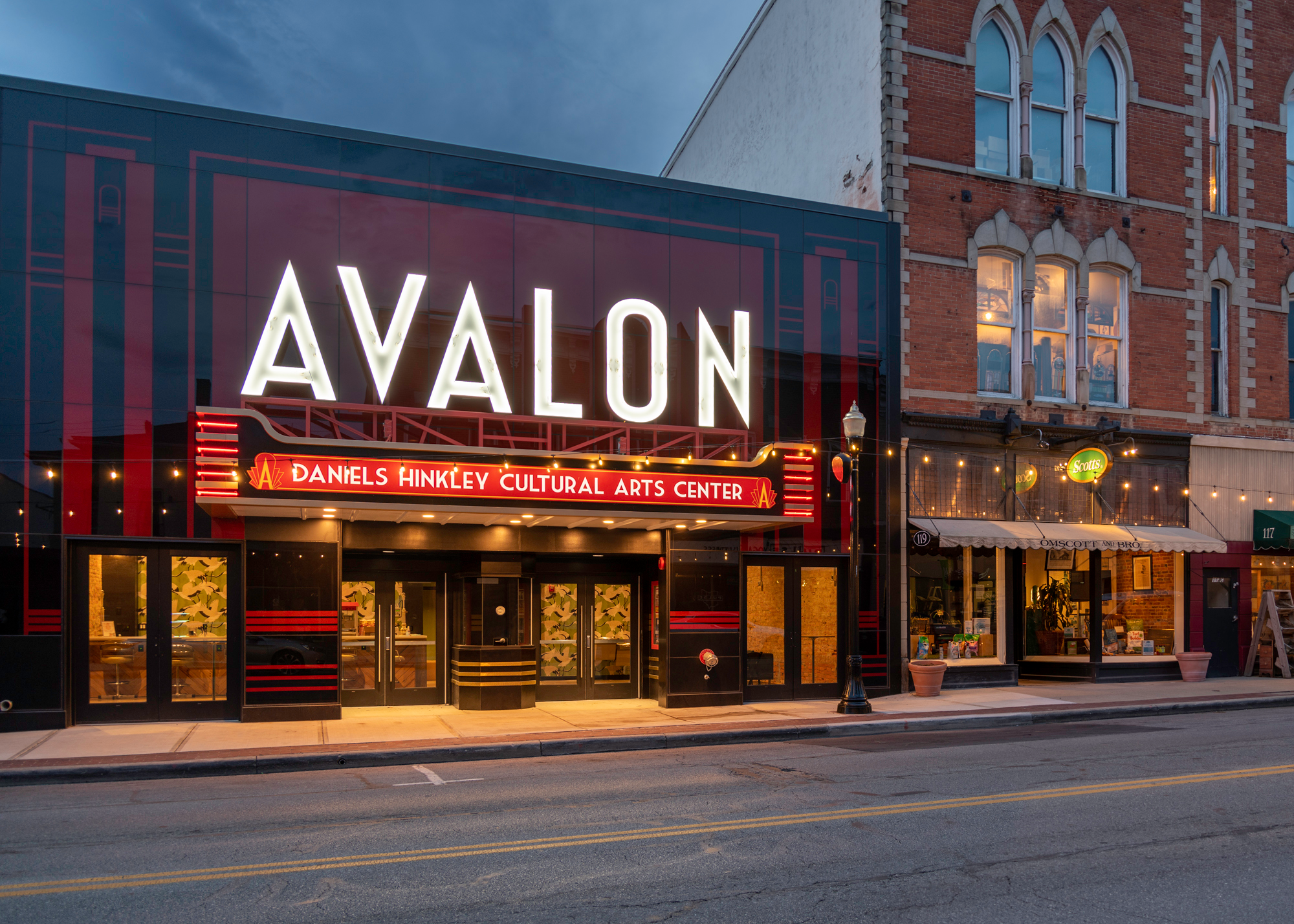 Making its debut in 1936, the Avalon Theatre boasts a rich history and was one of the finest, most modern theatres in Ohio at the time. The Theatre originally opened its doors as a 500-seat, single movie theatre, serving as a fixture for the arts in Union County for decades.

Eventually renamed the Marysville Cinema, the theatre was transformed into a triplex before it ultimately closed its doors in 2009. The building sat vacant until 2015, when a group of civic-minded individuals recognized the importance of the historic theatre located in the heart of Uptown Marysville. The Marysville Uptown Theatre, the nonprofit organization that purchased the abandoned building, came together and decided to bring the theatre back to life, recognizing that it would be key to the revitalization plan for the Historic District in Uptown Marysville. Designed to drive business to the many small, locally owned shops in the area, the theatre’s goal was to provide Uptown Marysville with a beautifully renovated, 1930’s styled cultural arts center that entertains, educates, and enriches the lives of Union County and beyond.

Marker was selected as the Construction Manager-at-Risk to collaborate early on with the Architect, OHM Advisors, and the client on the design, budget, and plan for the renovation. After sitting vacant for over 10 years, the abandoned building was in very poor condition. Soon after beginning selective demolition, we discovered that additional shoring would be required for the back of the structure due to a water-damaged roof truss. Unfortunately, while the team was reviewing the shoring design with the structural engineer, a severe thunderstorm with golf-ball-sized hail, caused a portion of the roof to collapse. Thankfully, there were no injuries and only minor property damage. We immediately began coordinating the engineering efforts to stabilize the building while the design team initiated the redesign of the building.

Originally, the design was created to keep the roof and walls of the theater intact, and everything else would have been reconstructed within the shell of the existing structure. Although the partial roof collapse was a major blow to the project, the subsequent need to redesign opened possibilities for alternative design options that would be more beneficial for the Theatre. The project was redesigned in four months, and the new scope of the project included complete demolition of the existing building’s interior, rear exterior walls, and roof structure, new underground utilities, new roof structure, walls, slabs, etc., new restrooms, office and storage spaces, dressing rooms, mechanical spaces, and the theatre/stage.

Marker’s skilled group of craftspeople performed the foundations & concrete work, structural steel erection, rough framing, finished carpentry, doors/frames/hardware installation, and earthwork. Self-performance was key in saving on costs and time. Our Project Superintendent, Mark Hammond, shared the following: “This was one of the most challenging projects I’ve been a part of, from the existing conditions of the original structure to the site logistics – it was not for the faint of heart! Finding a way to complete the initial demolition of the deteriorated building while keeping our workers’ safety a top priority was an initial major challenge. Despite all the challenges, the final product was all worth it. It’s rewarding to know that the Marysville community has a safe structure where they can enjoy the performing arts for many years to come. Projects like the Avalon create stronger team members and Marker is now a stronger company for completing this project.”

One of the special features from the original building that was unique and important to the Marysville Uptown Theatre and the community members was the full red and black glass front façade of the Avalon. The glass panels were known as Vitrolite (pigmented structural glass) panels, a common cladding material in the 1930s. While assessing the building, the Architect’s team found some surviving pieces of the glass façade that had been stored in the basement of the Theatre. After recovering the original red color of the glass, the façade was recreated using old photos of the original Avalon and descriptions from news articles from the opening in 1936.

Vitrolite does not hold up well to time and requires a lot of maintenance. Many options were looked at to match the materials without using vitrolite (not commonly made anymore). The new façade has multi-layered glass. The inner layer features the red from the original theatre and the outer layer has printed black ink. The coordination required between Theatre members, OHM, Marker, and the glazing subcontractor was significant. Trying to recreate a façade simply from pictures is challenging, to say the least. The resulting façade, which our glazing subcontractor can now add to their list of unique capabilities, is a beautiful addition to the project. The entry vestibule was designed to recreate the appearance of the ticket booth from the original theatre. While it is not expected that the ticket booth will ever be used for ticketing purposes, it really ties the whole entry together.

Despite multiple challenges beyond Marker’s control (including the pandemic!), the project team persevered to mitigate negative impacts to both the schedule and budget. Committed to being the premier entertainment outlet for the County, the renovated theatre reopened in the Fall of 2021 and now hosts movies, live stage performances by local and professional touring artists, concerts, comedy acts, lectures, gala, and many other community-based events.

“Backing up and seeing the full impact of projects like this helps define Marker as a trusted community partner. Marker’s values of empathy and collaboration were very strong on this project and were a very large contributor to its success. I think those values are on display as the project went through a global pandemic, suffered a major setback and redesign after the rear truss failure, and dealt with many community stakeholders, all while maintaining close to the same overall project budget for the client. I think those points alone are pretty incredible.” -Tim Schacht, Designer + Board Member

To learn more about the theatre and their upcoming events, visit their website at https://www.theavalontheatre.org. 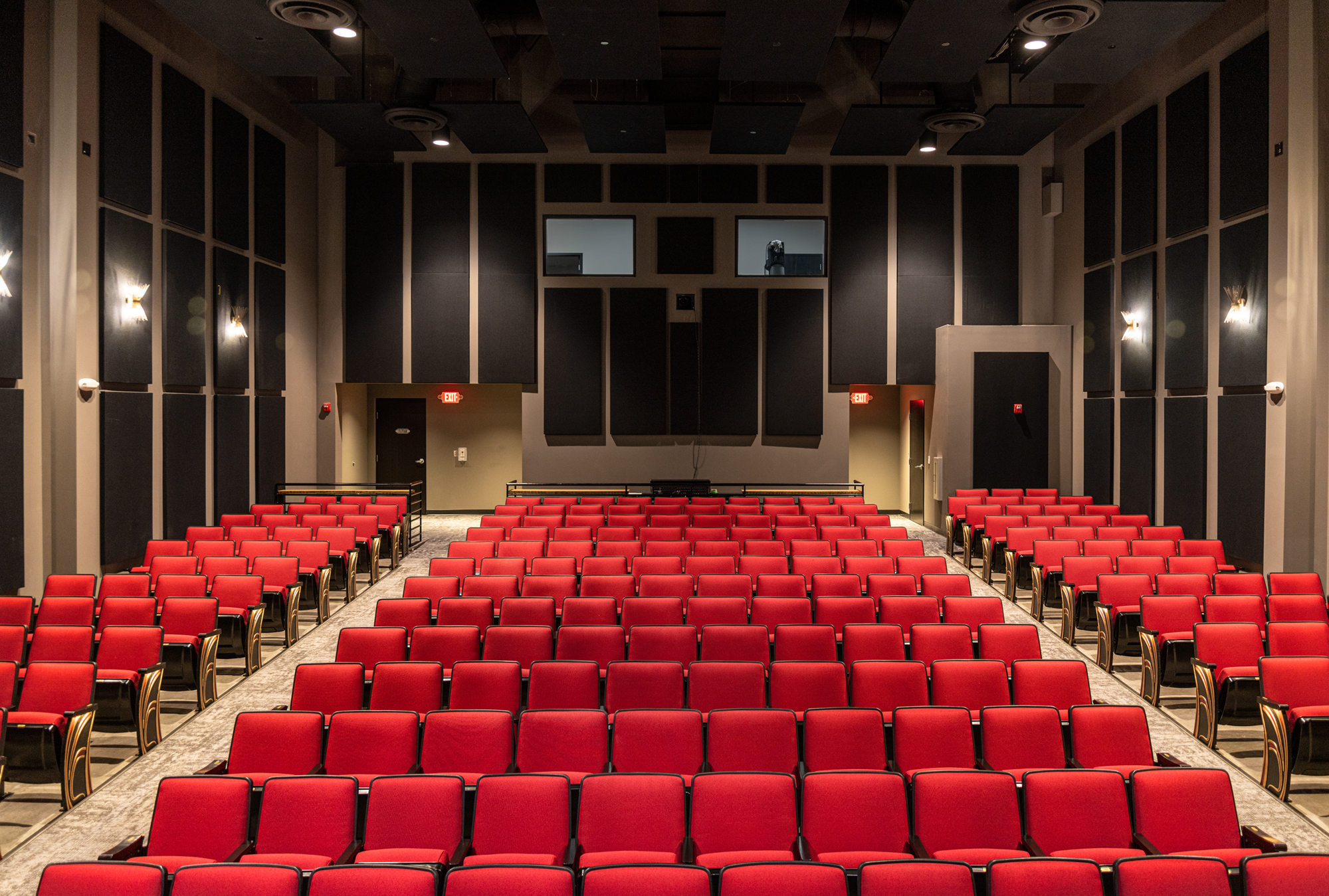 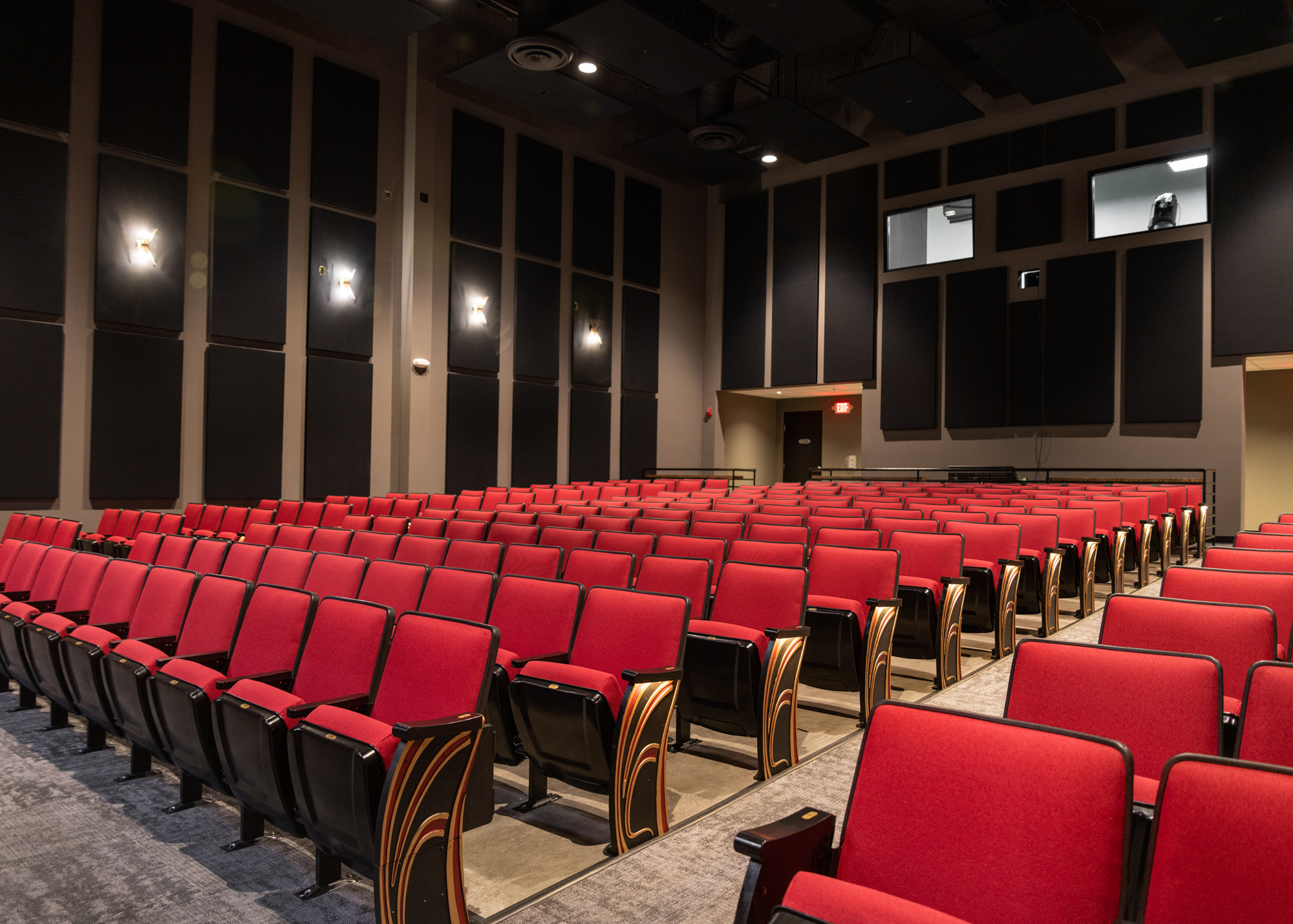 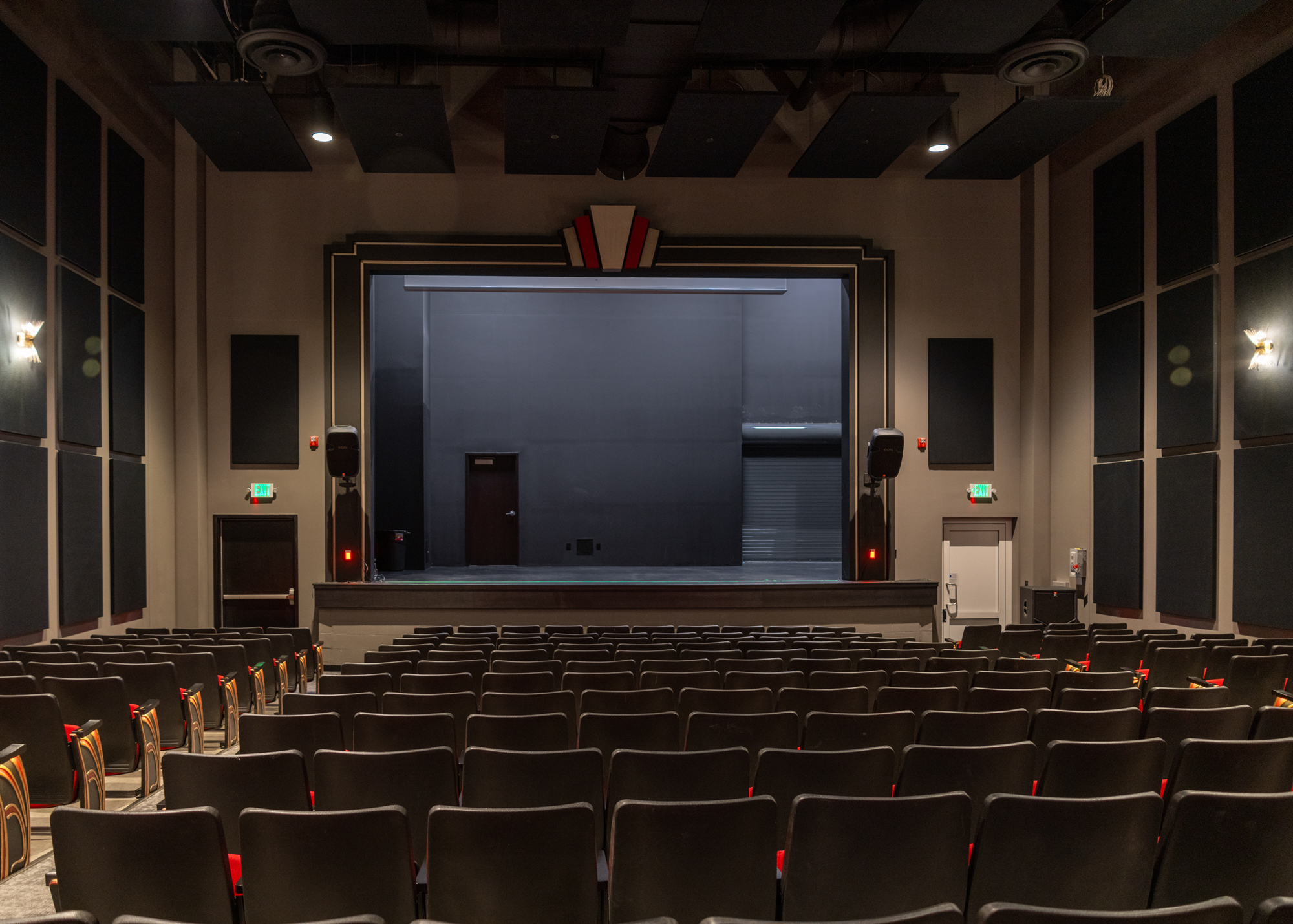 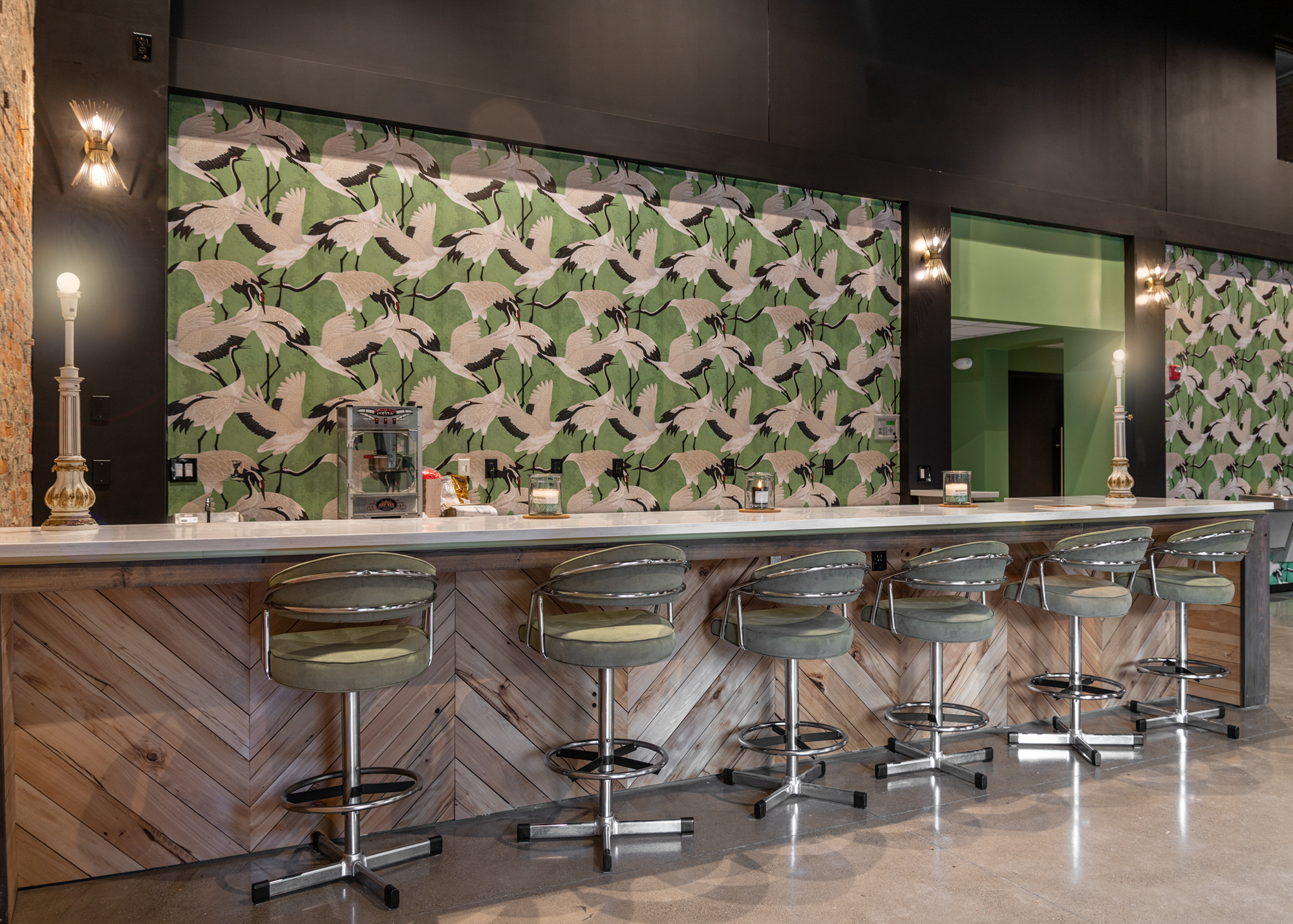 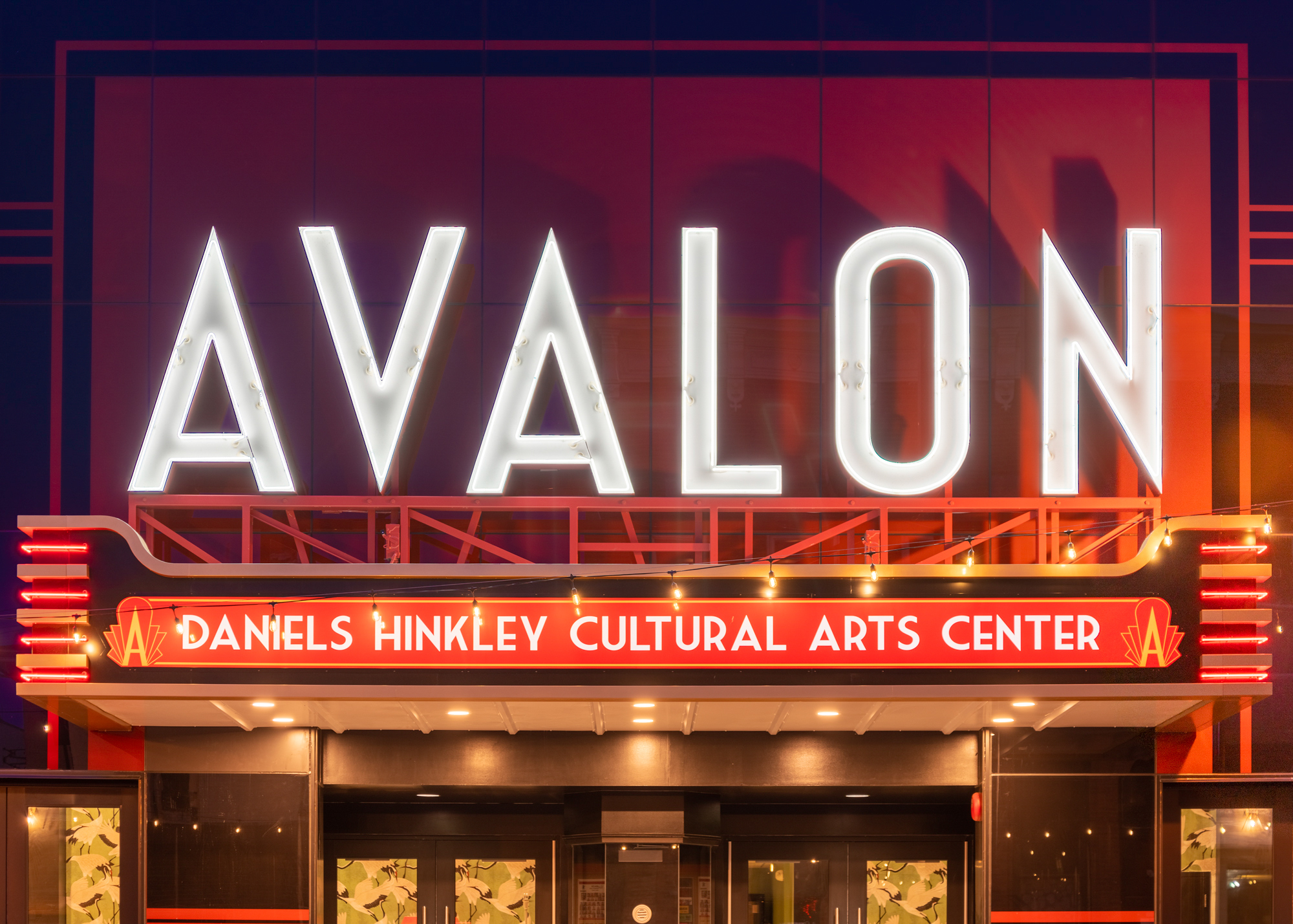