The Logan County Chamber of Commerce posthumously honored our co-founder, Harold Marker, with the Richard J. Rupp Leadership Award at their annual Stars in Business Night of Recognition event.

Presented to an individual who has made a significant impact in Logan County with their outstanding leadership skills, the Richard J. Rupp Leadership Award recognizes individuals for their contributions, commitment, vision, and dedication to the community.

Harold’s professional career began with Knowlton Construction, which eventually brought him and his family to Bellefontaine in 1960. In 1966, Harold and Bob Thomas formed Thomas & Marker Construction and in 1983 Harold became the sole owner.

Widely known for being fair and honest, Harold used a handshake of good faith, passion, commitment, and countless hours of hard work to build the strong foundation of this company. Harold passed away peacefully in September of this year, but his name and legacy will live on. We are humbled, grateful, and owe a debt of gratitude to Harold for establishing Marker’s core values that drive who we are to this day.

Harold’s community involvement included serving 37 years as a trustee of the Sloan Industrial School, a member and past trustee of the First United Methodist Church, a former director of the Bellefontaine Federal Savings and Loan, a past director of Quincy Castings Inc., and a member of Bluffton University President’s Advisory Board, U.S. Representative Mike DeWine’s Academy Review Board, and BCS Permanent Improvement Committee.

Throughout his career, Harold received many recognitions including:

Thank you to the Logan County Chamber of Commerce for honoring our co-founder with the Richard J. Rupp Leadership Award and congratulations to this year’s award recipients!

Visit www.logancountyohio.com to learn more about the organization and all they are doing to benefit the community. 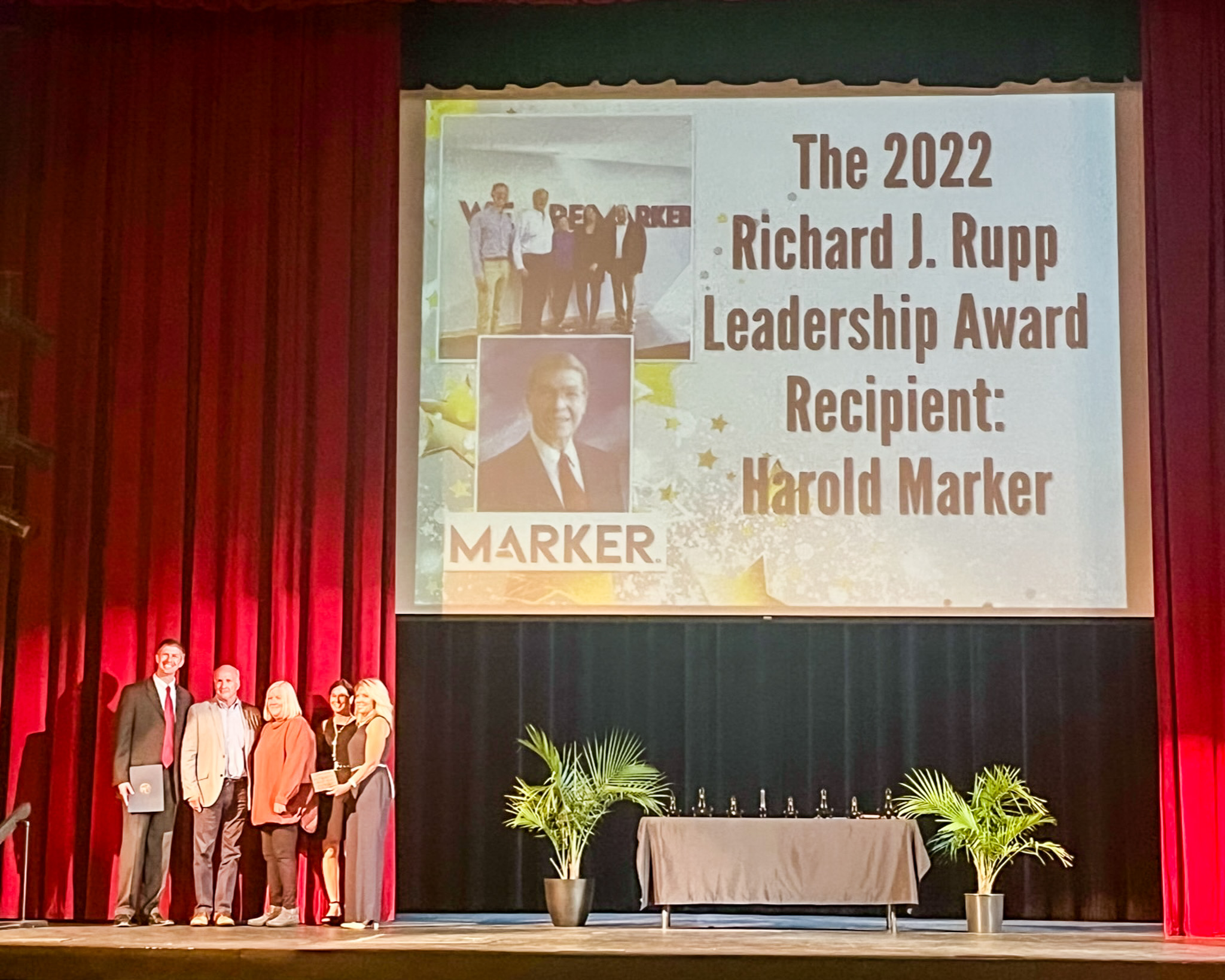